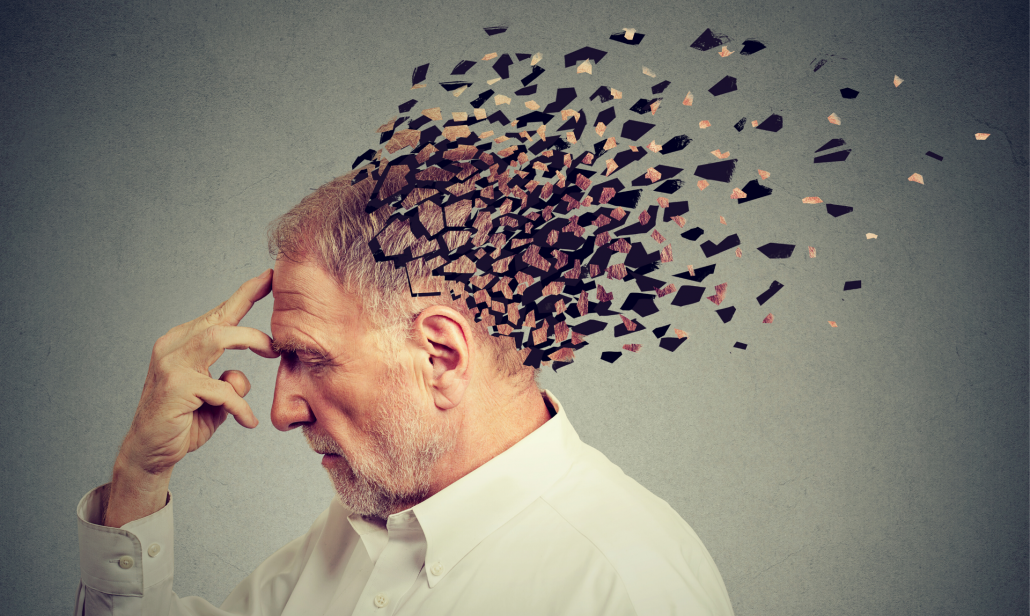 Cognitive decline is perhaps the most challenging issue in the medical world of chronic disease.  With so many things to learn about each year and so many distractions, it can seem hard to keep up. At first it may seem like an inability to concentrate and remember words, but as time goes on it becomes clear that there is more happening.  It is not unreasonable to be worried about this. In fact, it has been studied and found that the people who noticed trouble with their memory and were worried are, in fact, the people who go on to develop cognition issues and Alzheimer’s disease.

Alzheimer’s disease is the physical state of what happens to the brain after years of cognitive decline. Alzheimer’s has been found by some researchers to be the third leading cause of death in the United States, and the first and second in the United Kingdom for women and men, respectively. With statistics like this it would be expected that our governments would be spending a lot of money to research this. But why, with so much money at stake, has no one been able to find a cure?  Could it be that they are looking in the wrong place?

Dr. Dale Bredesen is a medical doctor, neurologist, and a 30-year researcher of Alzheimer’s. He has spent his career trying to figure out why Alzheimer’s occurs, and during this time he watched hundreds of drugs go through human clinical trials and fail. It occurred to him that they were all failing because they were too simple. No single medication could reverse this disease — maybe what was needed was a more expanded view. Dr. Bredesen began to see that there were large clusters of stressors that caused Alzheimer’s to develop. One of these groups that turned on high levels of inflammation in the brain was caused by mold.  Only over the last few years have we discovered how much trouble this specific immune reaction is causing.

As we collected data on patients in our clinic, we were surprised to discover that 91% of our cognitive decline patients had neurological inflammation from past exposure to mold in water-damaged buildings. This was the actual cause of their cognition issues.The other 9% did not meet the full criteria, but still had many of these inflammatory pathways activated. The part of the immune system responsible for most cognitive decline diseases such as Alzheimer’s shares many of the same parts of the immune system also responsible for reactions to toxic mold and Lyme disease.

The really good news about this is that immune reaction to mold and Lyme disease, which is called Chronic Inflammatory Response Syndrome (CIRS), has already been successfully treated in tens of thousands of patients using a protocol developed by Dr. Richie Shoemaker. This protocol has evidence that it doesn’t only stop the damage in the brain, but in many cases, reverse it.

Let’s take a moment to distinguish between dementia and Alzheimer’s disease, then take a look at how CIRS can be the culprit. According to the Alzheimer’s Association, dementia is a general term for “decline in memory, reasoning or other thinking skills”. Whereas Alzheimer’s is a specific brain disease that accounts for 60-80% of dementia cases. Whether a person has dementia or the more serious disease known as Alzheimer’s, their life becomes increasingly challenging and can lead to anxiety, depression and loss of independence, as well as creating financial and emotional burdens for loved ones. Any significant improvement in cognitive function for the dementia patient is welcomed.

In 2016, Dr. Dale Bredesen published an article entitled “Inhalational Alzheimer’s disease: An Unrecognized – And Treatable – Epidemic”. Bredesen identifies Alzheimer’s by three subtypes, and in this article he is referring to the disease caused by CIRS from inhalation of biotoxins like mold. However, he states in his conclusion that the possibility that CIRS may contribute, at least partially, to the other two subtypes must be considered. This holds true for the overwhelming majority of the cognitive decline patients in our clinic.

How do we get CIRS? If we consider that 50% of the buildings in the US have had some type of water damage (this is according to the CDC), whether it is major, like flooding, or as minor as a drip under the sink, there is a high probability that all of us will be exposed to inhalational mold to some degree in our lifetime. Couple the risk of exposure with 25% of the population having a genetic variation that makes them susceptible to CIRS, and that means over 82 million Americans have a 1 in 2 chance of developing this inflammatory condition.

An example from the 2016 Bredesen article describes a 59 year old man who began having word-finding issues followed by difficulty with simple arithmetic. His personality changed from a driven type A executive to passive and timid. He had significant impairment of executive functioning (working memory, flexible thinking, self-control), attention, mental status, processing and visual memory. He was diagnosed with Alzheimer’s at a nationally recognized dementia clinic. Because his lab results were consistent with the subtype of  inhalational Alzheimer’s, upon questioning it was discovered that he had spent time in foreclosed homes that had suffered water damage. He underwent further laboratory testing to include genetics and biomarkers, which all suggested a diagnosis of CIRS. He began treatment with the Shoemaker Protocol utilized in our practice, and the patient showed significant improvement in cognition after only a few weeks.

If you, or one of your loved ones, suffered from dementia or Alzheimer’s, and there was a way to easily determine whether CIRS is a contributing factor with a potential for significant improvement in cognition, would you want to explore it further? Again, 91% of our patients with cognitive decline had lab findings congruent with the presence of CIRS.

So far, the Shoemaker Protocol is the only treatment to successfully remedy the underlying inflammatory response seen in CIRS caused by an out of control immune system. Accurately diagnosing it requires specific lab tests (not a urine mycotoxin test) and physical findings. The treatment is straightforward, and many patients see improvements in symptoms in as little as 2-3 weeks.

If you know someone who is having cognitive issues and suspects dementia or the onset of Alzheimer’s disease, visit the Merritt Wellness Center website or call us at 512-495-9015. We are trained and proficient in treating cognitive decline using Dr. Bredesen’s groundbreaking research, as well as treating CIRS with the Shoemaker Protocol.

How does CIRS impact fertility?
Scroll to top