What is causing your Chronic Fatigue? 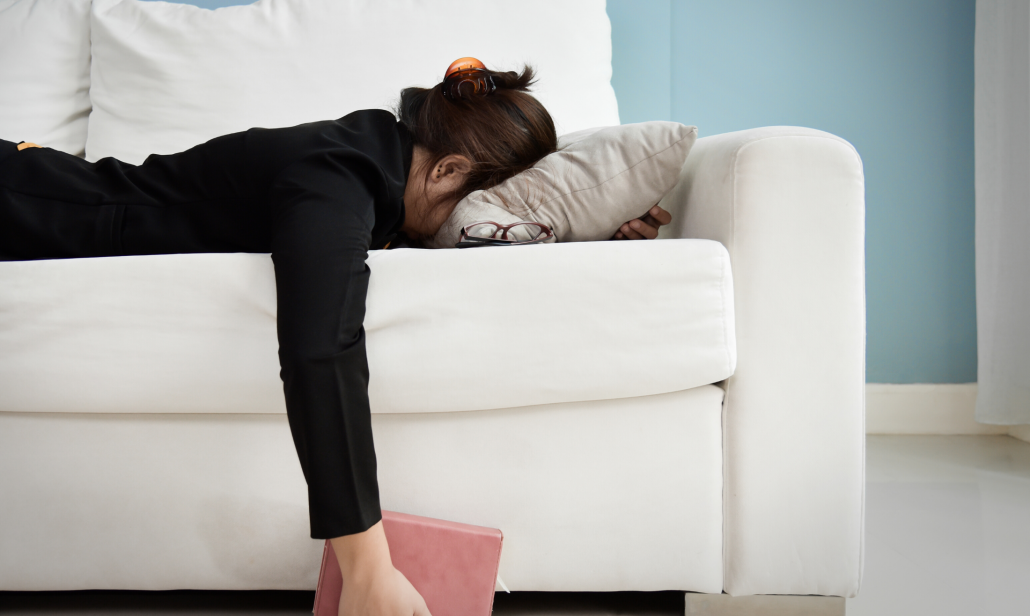 You know something has been wrong for a long time. You’re tired and yes, you’ve got a lot going on, but still… it seems excessive. No matter how much you sleep, you don’t feel rested. Your cabinets are filled with supplements that promise better energy, but they don’t help, or if they do, it never sticks and it’s never enough. Your doctor runs some tests and your thyroid seems fine, you’re not anemic, everything seems normal and they don’t have any ideas.

So you start researching this yourself, and maybe you see a functional medicine doctor, and they run more tests, and expensive tests, and tell you you have adrenal fatigue, and maybe food reactions, maybe a Candida problem. So you take the adrenal supplements, and do an elimination diet, and you feel a little better but still, the fatigue never really goes away. You begin to think that maybe those first doctors were right and maybe it IS in your head.

You realize you have chronic fatigue. Or maybe someone diagnoses you with Chronic Fatigue Syndrome. Either way, this “diagnosis” doesn’t really help — how could it, when it’s just a description of your symptoms? Besides, there’s no treatment for this “diagnosis”, so you soldier on, convinced that you’ll have to suffer with this for the rest of your life.

I’m here to tell you that this is NOT in your head, and you should not just “live with it”. There is an answer and it comes with getting the RIGHT diagnosis. There is more and more evidence that Chronic Fatigue is a symptom of something deeper, something called CIRS. Chronic Inflammatory Response Syndrome (CIRS) is the umbrella term for what happens when someone is exposed to a biotoxin and their genetics don’t allow them to recover. You’ve probably heard of people being sick from moldy buildings, or they get Lyme disease and then are sick for ten years. This is all part of what starts to break down when a susceptible person gets exposed to a biotoxin and their body, over time, starts to break down from the chronic inflammation.

About 25% of the population has this genetic susceptibility. And it is possible to have gotten sick years ago, even as a child and since you have probably never been treated (or properly diagnosed), you can suffer with this for years, even decades.  When the exposure happens for a long enough time, the acute initial reaction changes to a chronic reaction.  This chronic inflammatory reaction, given enough time, starts to cause many different systems of your body to start dysregulating. This is why CIRS Is called a “multi-symptom, multi-system” illness.

For example, people with CIRS don’t just have chronic fatigue. They often also have pain issues. They have thirst issues, and excessive urination, muscle cramping and twitching. They have sleep problems that no supplements or meds make better. They might have skin problems, like itching, rashes or hives. Their digestion and GI tract have issues, leading to diagnoses of leaky gut and Candida, and SIBO, without ever knowing WHY they were susceptible to those. They can be prone to acid reflux that doesn’t respond to medications. Every alternative practitioner diagnosis them with Adrenal issues, without ever getting to the root as to WHY their adrenals are wiped out. They may have diagnoses of autoimmune disorders, respiratory illnesses, allergies, and more. They get sick easily. And very commonly, they’ve seen ten, fifteen, twenty doctors, sometimes more, have run every test under the sun, and tried everything, but they still feel badly.

Does this sound like you? Or maybe someone you know?

One thing to consider — when the treatment doesn’t work, your practitioner does not have the correct diagnosis. That’s the first clue. So if you’ve tried multiple different treatments, and still feel about the same, the diagnosis is still eluding your doctors.

Figuring out if you have CIRS actually doesn’t require invasive expensive testing. There are two tests we do for a screening process, and if you “fail” both of them, you have a 98.5% chance of having CIRS. This can be confirmed with blood testing — testing for inflammatory markers in the blood, along with markers that show the dysregulation. These are not common tests — I had one patient who had seen 65 doctors, and brought me all the testing they had done. Not a single one of them had apparently been familiar with CIRS — they had ruled out cancer, parasites, hematological issues, autoimmune issues, and more. But not one of the tests we run for CIRS was in the 3” pile of tests he brought me. And sure enough, we were the ones that figured out his problem. And then we got him started on treatment and as of this writing, he is 70% better than he was 3 months ago. And he had been sick for “only” three years.

If you’ve been diagnosed with chronic fatigue, or fibromyalgia, or you’ve seen a ton of doctors and you’re not better yet, consider getting screened for CIRS. We can do that easily in an initial visit, and even start treatment at that point. Many of our patients come to us because they aren’t getting better, but when we start treating them for CIRS, they do. It’s just a matter of getting the right diagnosis and working with practitioners who know how to work with that diagnosis.

What did 50 doctors miss? And what is CIRS?
Scroll to top